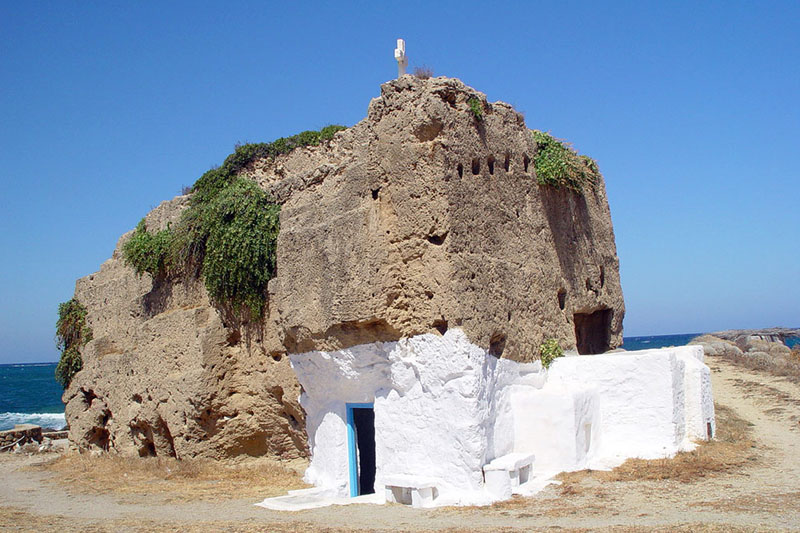 The largest of the Sporades islands

Only three and a half hours away from Athens lies the southernmost island of Sporades. Several myths of Greek Mythology referring to legendary heroes such as Lykomedes, Theseus, Achilles and Neoptolemus, are connected with the island of Skyros. A plethora of conquerors left behind their traces over the centuries, which is perfectly illustrated on the island’s traditions, customs and architecture. Whether you are an action lover or desperate for carefree moments under the sun, Skyros has a unique experience to offer to each one of you!!!

Upon reaching the island, you will encounter the scenic Port of Linaria. Only ten km far you will find the beautiful Chóra, amphitheatrically built around a Byzantine castle that occupies the site of the ancient citadel (acropolis). Walking through the cobbled alleys, one can admire the Skyrian houses with their unique architecture; their flat roofs is a typical example of traditional island architecture, yet featuring local elements, particularly as far as interior decoration is concerned.

A walk around the cobbled alleys of Chóra reveals to you impressive monuments and sites:

On Skyros you can bask on some of the most beautiful beaches in Greece! Crystal clear waters, golden sandy beaches and stunning landscapes dominated by pine trees reaching the shore make up breathtaking scenery, ideal for blissful moments of relaxation. The closest beaches to Hora are Magazia, Molos, Papa to Houma and Lino. The extended sandy beach of Molos is among the most cosmopolitan spots on the island. On the north you can opt for the beaches of Petritsa, Kyra Panagia, Agios Petros and Theotokos.

The island’s main feature is its distinct landscape; the north part is dominated by lush pine forests and green landscapes while the southern part has a wild yet compelling beauty. Its rocky landscape is dominated by Kochylas, the island’s highest mountain. Picturesque hamlets spread around the northern part of the island, each one indispensible part of a unique whole…
Magazia, Molos and Gyrismata are famous seaside resorts that spread along a major sandy beach, also suitable for water sports. In Magazia you can see the church of Agios Georgios while in «Pouria» you can admire the ancient quarry. Here stands the church of Agios Nikolaos that was carved out of the rock. Nearby, you will see the restored windmill that operates as a restaurant-bar. They are situated 3 and 4 km N of Hora respectively.

Aspous, a wonderful coastal village, 4.5 km S of Hóra, awaits the visitor on the road that leads from the port towards Hóra. Legend has it that Achilles started his journey to Troy from the adjacent bay Achilli. It is also worth seeing the Skyrian pottery workshop. After a 45-minute walk, you can reach at the chapel of Prophet Elias (1.5 km S), with its panoramic view.

Acherounes, 10 km S of Hora, is a seaside settlement which attracts many water sports enthusiasts thanks to its endless stretch of sandy beaches. Nearby you will come across the municipal race course, with the famous local horses, the Skyrian ponies (their height does not exceed 1.10 meters). They are descended from the famous “Pikermi hipparion” (Hipparion mediteraneum) dated to the Paleolithic age; the modern breeds are found also in the Shetland Isles.

Pefkos, 11 km SW of Hora, is a wooded cove with a tempting beach. You can visit the church of Agios Panteleimonas, where you can take in breathtaking views down the sea. From here begins the wonderful trail that leads north towards the bay of Agios Fokas.

Atsitsa is a seaside village named after the nearby island, situated 18.5 km W of Hora. It is nestled in a pine-covered location of exceptional beauty with rocky formations. On the beach of the village you can still see the little steel wagons that carried the mineral down to the sea. Atsitsa is a popular destination for alternative tourism enthusiasts.

Discover the island’s best kept “secret”: In the vicinity of the harbour there is a galore of sea caves with stalactites (Xyloparati, Mantroucha, Pentekali, Diatrypti, Gerania). Small boats run excursion trips to these caves, passing through the arched openings in the rocks outside the port of Linaria. By boat, you can also visit the Sarakino Island (or Sarakiniko), with its beautiful beach of Glyfada.

A multitude of customs reveal a centuries-old tradition that has been kept almost intact over the centuries. Colourful cultural events as well as local feasts taking place around the 365 churches of the island offer to the visitor an unforgettable experience with exquisite local flair all year long. The renowned Carnival of Skyros counts among the most famous cultural events.

How to get to the island